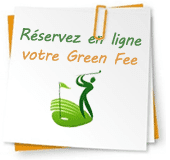 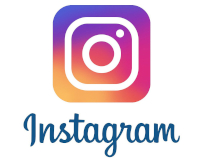 There was pain in Tiger Woods' steps, confidence in Rory McIlroy's. That was the most obvious sign of two players in wildly different places on the same day at the same course.
(20/05/2022 00:44)
Everything you need to know for Round 2 at the 2022 PGA Championship

Can Rory McIlroy keep it going? Can Tiger Woods and Masters champ Scottie Scheffler figure it out? We look at the big stories heading into Day 2 at the PGA Championship.
(20/05/2022 04:42)
'Great start': McIlroy seizes PGA 1st-round lead

Tiger Woods was 2 under after his first five holes of the PGA Championship, but he later started limping noticeably on his surgically repaired leg and finished with a 4-over 74. "I just can't load it," Woods said of his leg. "... Pressing off it hurts."
(20/05/2022 05:10)
Stockton: 'Phil was not missed' at PGA dinner

Greg Norman's involvement in the Saudi Arabian-backed LIV golf tour and comments he's made about the killing of Washington Post columnist Jamal Khashoggi drew criticism from golfers in Australia.
(19/05/2022 07:05)
Bryson withdraws from PGA after practice round

Bryson DeChambeau, who has been out of action since having surgery to repair a bone in his left wrist after missing the cut at the Masters in early April, withdrew from the PGA Championship after playing a practice round Wednesday at Southern Hills.
(19/05/2022 02:51)
Scheffler favored at PGA; biggest bet on Tiger

Scottie Scheffler is the consensus betting favorite to win this week's PGA Championship at Southern Hills Country Club in Tulsa, Oklahoma, but the largest reported wager on the tournament is on 60-1 long shot Tiger Woods.
(19/05/2022 15:49)
Spieth gets another chance at career Grand Slam

Jordan Spieth gets another chance to become the sixth man to complete the career Grand Slam.
(18/05/2022 20:15)
Tiger Woods returned to action and here's how he did over a rough first round

Tiger Woods, in the biggest group on the course alongside Rory McIlroy and Jordan Spieth, gets going at the PGA Championship. We follow his every move.
(19/05/2022 21:33)
'It's a pretty big fall': How everything changed for Phil Mickelson in just one year

A year ago, Phil Mickelson was on top of the world, golf's oldest major champion at age 50. This week, he won't be at the PGA Championship. How did it all fall apart so fast?
(17/05/2022 20:42)
PGA Championship 2022: Tournament news, tee times, schedule, television coverage and analysis

Defending champion Phil Mickelson won't be at the PGA Championship. But Tiger Woods, Masters champion Scottie Scheffler and more will be chasing the year's second major.
(17/05/2022 20:42)
How to watch the 2022 PGA Championship on ESPN and ESPN+